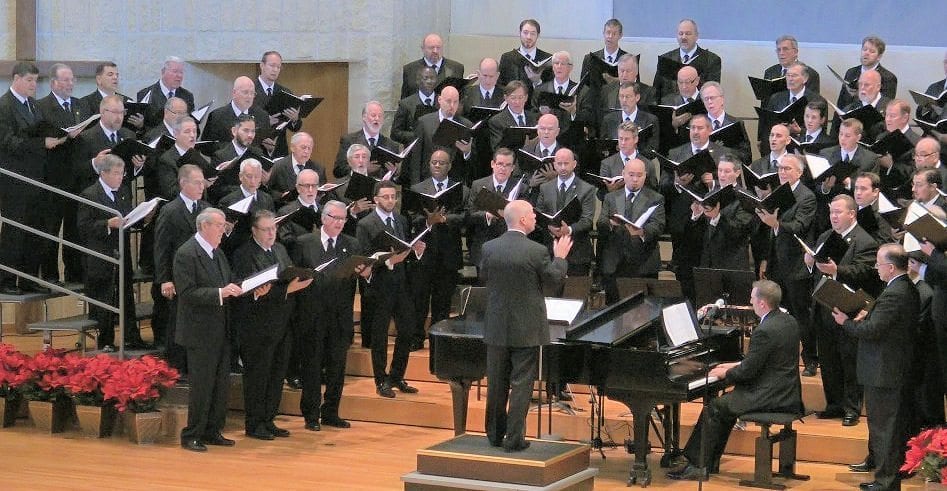 Making a difference with voices and actions

The Orpheus Male Chorus of Phoenix, organized in 1929, is the longest continuously performing arts group in the state of Arizona.  During World War II, the chorus performed with 21 singers because many of their other members, including the director, were serving in the military.  According to their website, men from all walks of life sing in the chorus including teachers, students, businessmen, ministers, attorneys, doctors, salesmen, law enforcement officers, and construction workers.  The group has performed in fourteen countries, as well as many cities in the United States.

During its storied past, the group has managed to adapt to changing times in relevant ways.  In the past decade, the chorus has rebuilt its membership from 28 to over 75 members and bolstered its commitment to strengthening the broader community.  In addition to multiple music performances, the group sponsors Boys to Men, an annual music festival promoting community-wide access to choral training and development of young male singers.  Orpheus has performed for more than 1,000 students in three city elementary schools, annually sponsored a singer in the Phoenix Children’s Chorus, and performed outreach concerts in retirement communities and for the benefit of the Arizona Alzheimer’s Association, Hospice of the Valley, and Arizona Children’s Center among organizations.  Members also engage in community outreach by volunteering for Habitat for Humanity, Race for the Cure, local food pantries and Rosie’s House, a music academy for children.

The chorus continues to sustain its commitment to the art of choral singing while using its collective actions to make a difference in the Phoenix metro area.

Full article by Communities in Harmony

Orpheus Male Chorus of Phoenix Back to Top ↑